All You Need to Know about Mount Batur Eruption History 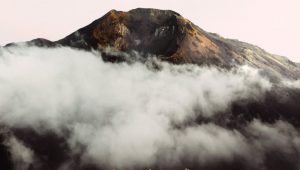 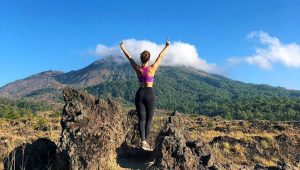 Mount Batur Eruption – The last eruption of Mount Batur Bali was in 2000. But the creepiest eruption was back in 1926. According to the information from Museum Geopark Batur, Bali island is located in the ring of fire. So that it is not surprising that there are many volcano in this island.

Purusha and Pradhana cannot be separated because they are always synergized in order to create prosperity for people. Mount Batur is one of the ancient mountains in Bali. The presence of the volcano is even older than Mount Agung. Both of the volcanos have a strong relation.

Lake Batur Made by Big Mount Batur Eruption on 29.300 Years Ago

Mount Batur is situated in Kintamani, Bangli, Bali. This volcano becomes one of the most crowded and most visited tourist attractions in Bali. In addition, this volcano is also one of the best places to see the sunrise on the paradise island. This is why the term of Mount Batur sunrise trekking and hot spring is famous and popular.

There is also a beautiful lake in the area of Mount Batur named Batur Lake. Batur Lake is located in a high area which is 1.050 meters above sea level. It is said that this lake was formed because of the Mount Batur eruption. Batur Lake has an area of 16 square kilometers and 50.8 Km depth. Once you have enjoyed the sunrise at the top of Mount Batur, you can enjoy the beauty of this lake.

According to the data of Museum Geopark Batur, it is explained that the first Mount Batur eruption was in 1804. The main crater was formed at the peak of the volcano at that time. 17 years later in 1821, the second eruption happened in the same crater. There was also another eruption in 1849 from the main crater and produced a lava flow. Between 1821 to 2000, Mount Batur erupted 26 times. But its eruption in 1963 created a new crater known located at the western part of this volcano. The eruption of Mount Batur makes the soil around the area fertile. Any plants planted near Mount Batur will grow well. 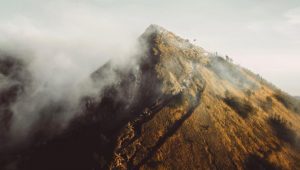 Mount Batur is 1.717 meters above sea level. It is actually not really high compared to other volcanoes. However, it is pretty challenging to hike this volcano. It is because the trekking is not that easy, especially for beginners in hiking. It takes around 2 hours to 3 hours to reach the top of the volcano. So, if you are interested to see the outstanding sunrise view on this mountain, you are highly recommended to prepare your energy and physical condition. In addition, hiring a guide to accompany you is suggested, especially if this is your first time hiking Mount Batur. This is purposed to make sure of your safety. Moreover, you do not have to be worried about Mount Batur eruption.

If you love hiking, do not miss to hike this volcano when you visit Bali and do this with our Mount Batur trekking companies. That is the information about Mount Batur eruption.